This is a free to view record please do NOT save to any SUBSCRIPTION based websites.

Henry,s elder brother Benjamin Goodson was born 1846 at Seven Stars Yard, Brick lane, Spitalfields.
He like his brothers  went into the family business, and became a Carman.


In 1868 he married Elizabeth Burles, at Ongar, Essex.

On the 5 May 1873, once again Benjamin appeared in court,  at the Surrey Quarter sessions, held at St Marys Newington, Southwark , charged with receiving stolen goods after a previous conviction, he was sentenced to 12 months with hard labour. 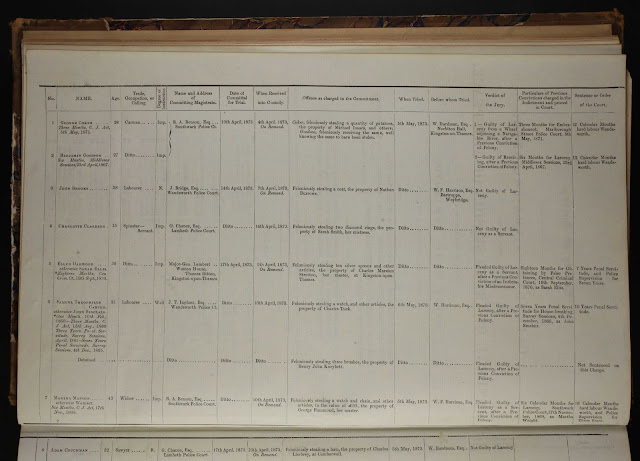 1876 Alfred? named only on 1881 census, believed to be a cousin. 1911 census shows Elizabeth not to have had enough children to include Alfred

Benjamin again appeared in court 14 February 1876, and was acquitted of wounding. The record says was Acquitted on the grounds of insanity, and to be detained at her majesty's pleasure, Acquitted.

On the 21 February 1880 Benjamin appeared in court, charged with burglary, and was committed for trial,
This offence took place the 2 Feb 1880, and Benjamin was acquitted. 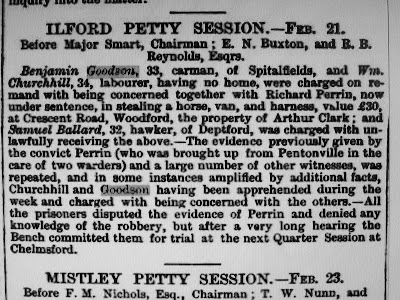 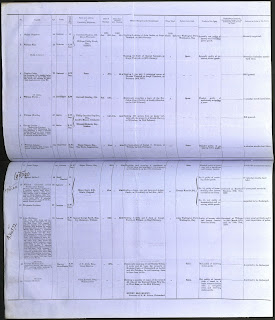 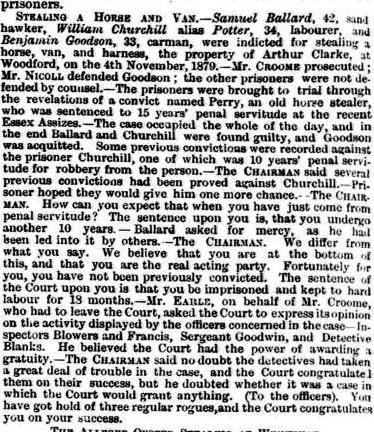 
On the 26 August 1881 Benjamin's name appears in the  files of  Annie Cohen.  It looks like the answer to a request from Milbank's prison, for information on the character, and present where- abouts of Benjamin Goodson in relation to Annie Cohen. 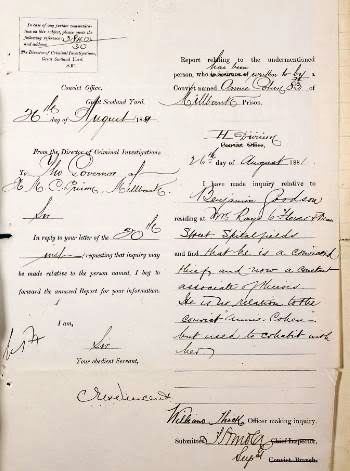 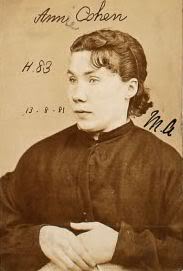 1881 Census shows Benjamin  living at 43 Heneage St, Relation: Head, occupation Carman. It gives his wife as Emily, born Ongar 1847, thought to be a mistake and is Elizabeth,


In 1883, 23 February,  once again Benjamin appeared in court, charged with breaking and entering. He was found guilty, and sentenced to 15 months imprisonment with hard labour 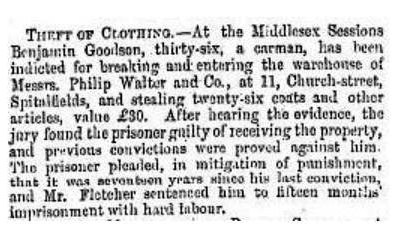 
1 January 1885 , Benjamin's name appears in the files of Bridget Kelly. she was convicted of robbery in 1882.
The letter which is by Inspector Frederick Abbeline, is in answer to an enquiry by the governor of Woking Prison, as to the whereabouts of Benjamin Goodson. it also mention is Annie Cohen. 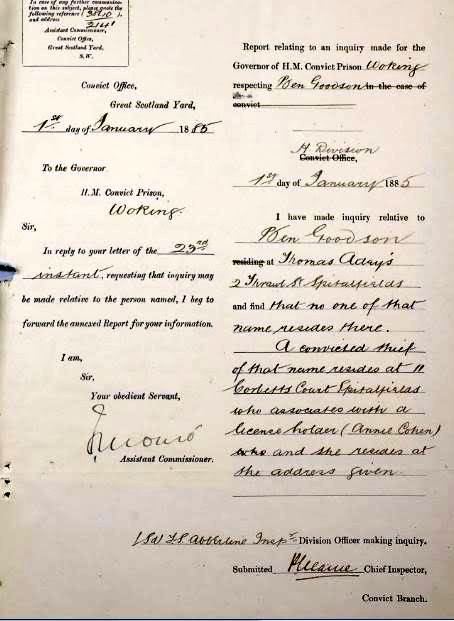 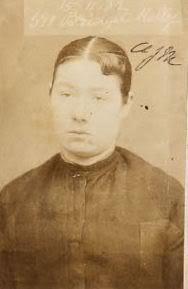 On the morning of  20 December 1888, Rose Myletts body was discovered in Clarks Yard, High St, Poplar.

2 January 1889
At the coroners court,  witnesses said that for about 3 months  Rose Mylett  had lodged at 18 George St, and seemed to be cohabiting with a man named Ben Goodson, but  he hadn't been seen with her in the last fortnight.    Ben Goodson was present in court.
A full report is in the "Times" 3 January 1889.

On the 22 February 1907   Benjamin Goodson age 62 appeared before the court at Old Street Magistrates accused of receiving, he was acquitted. 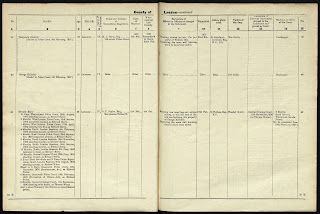 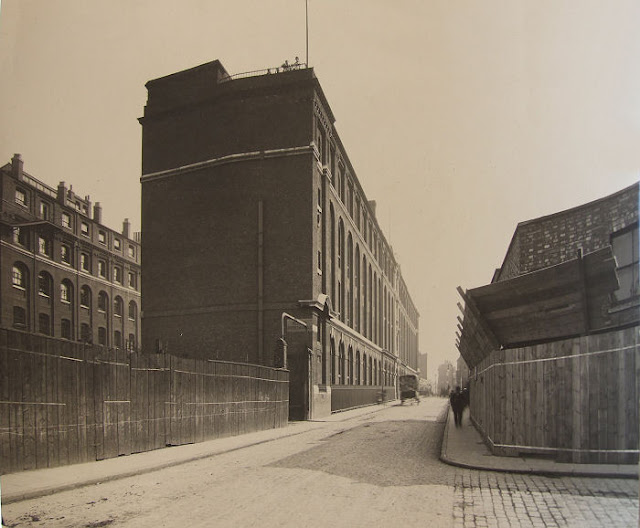